Several months ago during a time of worship in Moshi, a friend of mine gave me a prophetic picture that he felt impressed upon him from the Lord. In my approximate recollection, he saw me holding a soda bottle that I kept shaking up in an attempt to have the contents calm. It was of course a futile attempt, being as shaking up a soda bottle doesn’t calm the drink, but rather only further inflames it. As he was giving me the somewhat odd message, I was envisioning myself within that picture as a perplexed chimpanzee, not understanding how it all works. After the time of music was over, he asked me if the picture resonated with me at all, as he said, he wanted to be accountable for any prophetic word that he shared with someone. Appreciative of his humble approach and realizing that there was indeed resonance there, I bashfully acknowledged my prophetic chimp-like behavior. 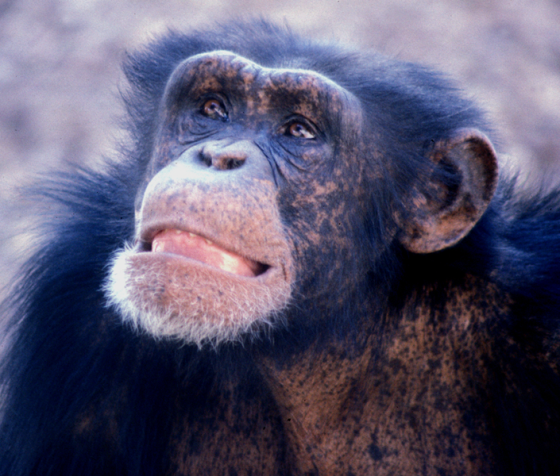 Sometimes we try to fix ourselves and in so doing, only perpetuate poor behavior and poor outcomes. Over the last couple years, I feel as though I’ve lost my head, my creativity and my gifting in an overpowering celebrity culture. Yesterday I read a review on Scott Stapp’s new memoir, yeah as in the greasy haired dude from Creed. The review was surprisingly candid and applauded Stapp for his transparency on the rock star life and fame. Interestingly, the guy that wrote the review felt as though the take-home for him from the book was for ministry leaders to not fall into the trap of fame: self-idolatry or self-infatuation, which happens on even the smallest of scales. That actually really rang true with me.

Coincidentally as I was driving to the church this morning for work, Beth Moore came on with a snippet on the Christian radio station talking about how we’ve formed social media to conform to our personal celebrity-hood. We can choose what we see from people, as easily as we ‘friend’ people, we can ‘unfriend’ them should they do something we deem improper. On our blogs, Twitter and Instagram we have ‘followers’, who are, in our minds, people that are just as enthralled by our thoughts and actions as we are. We can all be mini-celebrities.

I have indeed fallen into that trap of believing myself to be a mini-celebrity. Its now been three years since I first moved to Tanzania. Several months in, after the glimmer of that romantic missionary life wore off, I realized that I was addicted to social media that revolved around me. I had become the center of my universe, even as I was doing the Lord’s work in ministry. My personal time in worship, prayer and devotional Bible reading didn’t give me as much energy as ‘comments’ and ‘likes’ on Facebook or my blog did. I had become the greasy haired lead singer of my own mind.

Since realizing this in November 2010 or so, I have tried different things at different times to kick out the voices in my head and re-claim my creativity and my sanity. Nothing’s really worked. Every feeble attempt of mine to fix myself has only led to me shaking up that soda bottle some more; left in utter bewilderment. The problem is of course that I can’t fix myself, I wasn’t designed to. Its not a matter of going underground and disconnecting from all media outlets (which I just finished doing in December). Its not a matter of being more selective in choosing which voices you listen to. Its not a matter of ignoring your blog stats or refraining from updating my Facebook status every ten minutes.

Its a matter of allowing God to be the center of the universe, no matter what.

I hope to be more creative in 2013. I hope to be able to engage culture more effectively without being overwhelmed by it. But the only resolution that I can really manage is putting him in His rightful place and praying that God would grant me the sound mind that is promised as a bearer of His Holy Spirit.

Welcome to Build This Kingdom

I'm Brandon. I've been married to my beautiful bride Melissa since 2011 and together we're raising three world-changers (Moses, Promise and Shepherd) in Moshi, Tanzania. I'm the director of Kingdom Families, a family-based orphan care program advocating for orphans and assisting families to welcome them into their homes as sons and daughters. I drink my coffee black, bleed Dodger blue and I can see Mt. Kilimanjaro from my dining room table.